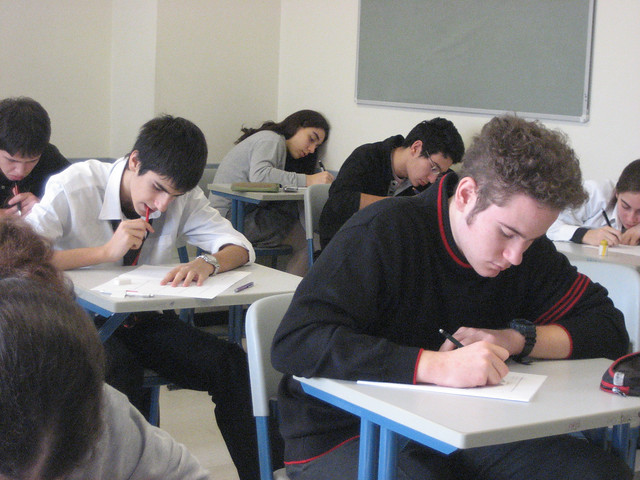 Of the over 400 New York City high-schools available to residents of all five boroughs, eight are designated as “specialized.”  The application process does not take into consideration grades, state test scores, attendance, interviews, or a portfolio, as at many of the other top “screened” high-schools. The only criterion is a student’s score on a single test, The Specialized High-School Admissions Test (SHSAT). Applicants are ranked from highest score to lowest, and then assigned to the first available school as based on their own ranking of preference. Each year over 30,000 NYC 8th graders take the test, while only about 4000 seats are available in all 8 schools combined.

And every year, The New York Times writes their annual article expressing shock that while Asians make up only 15% of NYC public-school students, they comprise 54% of those admitted to specialized high schools. Conversely, while Black and Hispanic students make up 70% of students, in 2016 only 3.6 % of Black students and 5.3 % of Hispanic students received an offer.

Another personage regularly shocked by those numbers is the mayor of NYC, Bill de Blasio. He asserts that wealthy elite are cheating and “gaming the system.” (Mayor de Blasio’s son graduated from one of the specialized high schools, Brooklyn Tech. I eagerly await details of his family’s cheating and gaming. After all, there is no other way anyone could get in, right?)

Let’s tackle the “wealthy elite” accusation, first. At the city’s top specialized school, Stuyvesant, 43% of the student body qualifies for Free Lunch. That’s more than at Beacon High School where the mayor’s daughter attended, and which uses a more “holistic” approach to admissions. There, the Free Lunch number is 24%. In fact, a 2015 NYU study found that changing admissions processes to the specialized schools “would not appreciably increase the share of Black students admitted.”

Now let’s talk about gaming the system. The Mayor means test prep. Specifically cram schools, many of which cater to Asian students. But here is something the Mayor and the entire Department of Education (DOE) decline to tell you: The city’s own public schools do not teach the material on the SHSAT!

For instance, the SHSAT requires knowledge of Algebra. But the SHSAT is given in October of a student’s 8th grade year when in most middle schools (save some accelerated and Honors programs), Algebra is not introduced until spring of 8th grade. So what option do ambitious public-school students have but test prep?

In June of 2016 the NYC Department of Education, apparently having recognized this discrepancy, announced that it would provide six new initiatives to Increase diversity at specialized high schools  In August of 2016 , the Department finally got around to offering intensive test prep to rising, underserved 8th graders identified as academically promising. Initially, the program was budgeted to enroll 500 students. They barely got 300. But, don’t worry; the DOE is still pronouncing its highly-vaunted program a success, even before 2017 test results have been announced!

My oldest son is a senior at Stuyvesant. He tutors middle-schools students from similar programs. My son tells me that those kids come in so far behind that there is no way a few months of tutoring could get them up to speed. Last minute test prep only works if the kids already know the material, and are simply taught how to ace the SHSAT’s ridiculously Byzantine format. It does no good if the student isn’t familiar with the material. It would be like teaching phonics to someone who doesn’t know the alphabet.

And yet the DOE insists that it can teach all the material these students failed to learn in 8 years of public schooling in only three months. If that’s the case, then why aren’t they doing it for everyone, in every school? And while we’re on the subject, if it’s that simple, why has eight years not been enough to teach the necessary English and math to all students?